The Best Places To Eat At Any Budget

Tulum is a spectacular beach getaway on the Caribbean coast located in the state of Quintana Roo, Mexico. Famous for the nearby Mayan ruins of the same name, the historic port city has crystal-clear turquoise waters and a thriving gastronomic scene. Tulum’s eateries are generally in the beachside Zona Hotelera (hotel zone) and the Tulum Pueblo (town center). Whether you’re looking to just grab a bite or go on a culinary adventure, here are some great recommendations for where to eat in Tulum.

Tulum is a spectacular beach getaway on the Caribbean coast located in the state of Quintana Roo, Mexico. Famous for the nearby Mayan ruins of the same name, the historic port city has crystal-clear turquoise waters and a thriving gastronomic scene. Tulum’s eateries are generally in the beachside Zona Hotelera (hotel zone) and the Tulum Pueblo (town center). Whether you’re looking to just grab a bite or go on a culinary adventure, here are some great recommendations for where to eat in Tulum.

The town center or Tulum Pueblo has restaurant options for all budgets and almost all of them have air conditioning. The pueblo holds dozens of authentic restaurants, exciting night clubs and bars, and often street festivals. On the edges of Centro are a few jungle areas that have some funkier more eclectic dining options.

The Zona Hotelera and Esmerelda K beach areas are about 10-20 minutes south of town (by car) right on the ocean. The Zona Hotelera has mostly upscale restaurants, many with private beachfronts and beautiful swimming pools. The Zona Hotelera itself is roughly divided into three different areas. The North, located up near the ruins, is the quiet, romantic area. The chic Middle has the beach clubs, restaurants and most of the nightlife. And the South and “Esmerelda K ” areas are very family-friendly and boast wide sandy beaches.

If you’re looking for no-frills tasty tacos and tortas, this is your spot. This local joint serves up succulent slow-roasted cochinita pibil dishes that will melt in your mouth.

Staff Favorite – Our favorite local breakfast taco spot in the area is Taqueria Honorio. This divey stand serves up Yucatán favorites such as cochinita pibil on fluffy handmade tortillas. Go early. This eatery closes by 1:30 pm.

For some truly cheap and delicious eats, head to Antojitos la Chiapaneca. While they do have tacos, they also have mouthwatering Yucatecan snacks, including salbutes and panuchos. Standing room and cash only.

Suppose you’re looking for great coffee, creamy gelato, scrumptious sundays, tasty waffles, and savory sandwiches. In that case, Campanella Cremerie is the perfect spot. No matter what your palate is, you’ll find something here.

The Real Coconut at Sanará

This wellness-centered breakfast spot’s location is at the Sanará Hotel’s beach bungalow. You can find nourishing bowls of coconut yogurt and world-famous coconut-cassava tortilla chips. Everything is gluten, dairy, and refined-sugar-free.

Located in the Zona Hotelera

This Tulum staple is at the edge of the jungle. You can enjoy breakfast, lunch, and dinner at this eatery. Try their “Mexican avocado toast” with grilled avocados on tortillas and homemade salsa.

Located at the Posada Margherita Hotel, this restaurant with the same name is Tulum’s most iconic Italian eatery. This spot serves up delicious focaccias and house-made pasta with immaculate ocean views. Cash only.

You can seat yourself at any wooden table in this quaint eatery’s patio. Its dishes are a twist on contemporary Mexican food, and the seasonal and local specials change frequently.

Staff Favorite – We love stopping by this eatery when we’re in Tulum because the food is excellent, and the setting is relaxing. This Mediterranean-style restaurant has seasonal tasting menus created by Chef Idan Lifshitz.

If you want some inventive cocktails in a magical outdoor lounge, head to Gitanos. The restaurant has a full menu of modern Mexican cuisine and a wide range of fruity mezcal-laced drinks.

This sustainability-focused restaurant is located within its own herb and vegetable garden. The restaurant serves up modern Mexican food prepared with French techniques using only the freshest of local ingredients. 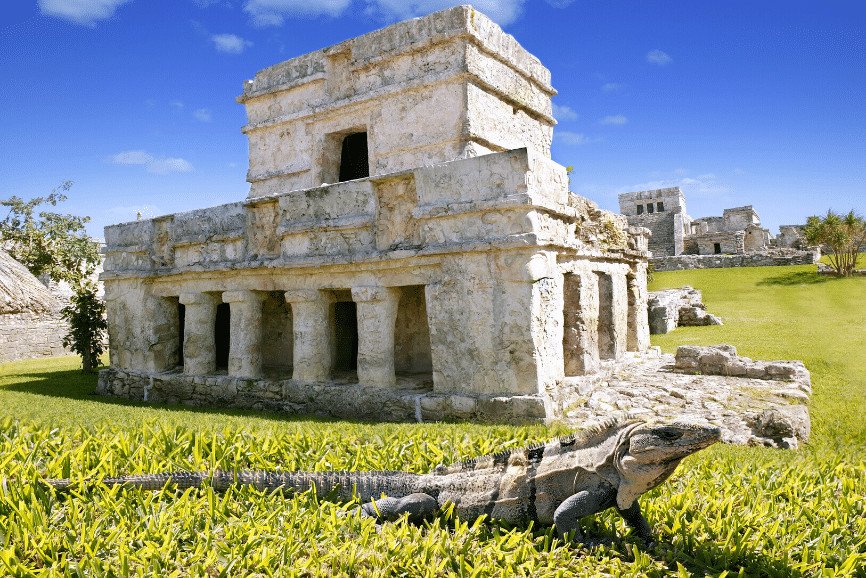 Tulum is an extraordinary destination on the Mexican Caribbean whose magic lies not only in the history of the ruins, but the energetic pull the city and sea have over those who come to visit. Here is our guide to the best of Tulum!
Open Guide 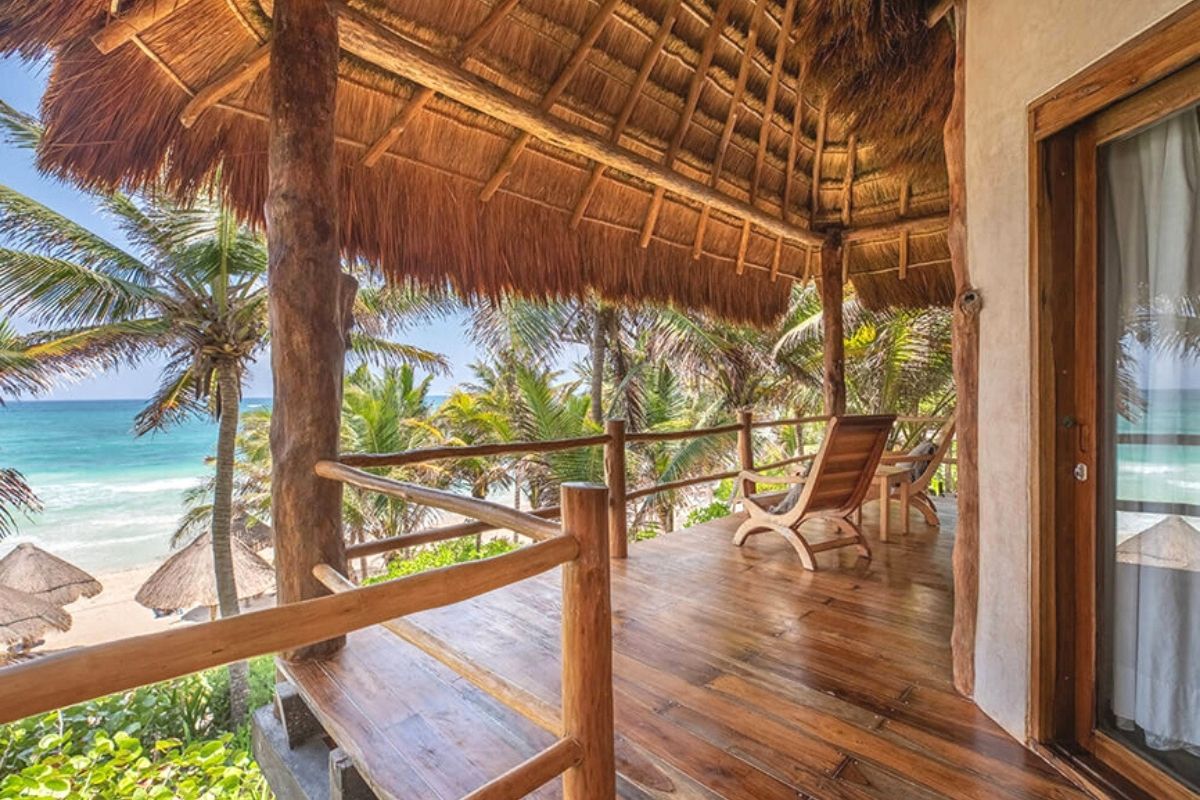 Tulum Town (often called Tulum Pueblo, or just Tulum) is a beautiful beach town near the famous Mayan Ruins of Tulum. Whether sleeping in town, or at the beach, if you're planning to travel to this gorgeous place, here are our top hotel picks in Tulum.
Open Guide 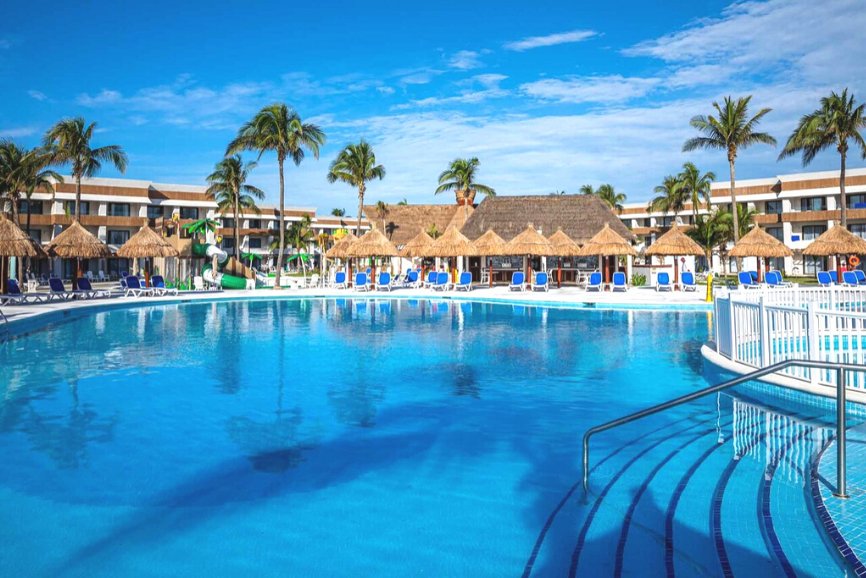 The Best Tulum All Inclusive Resorts

Tulum is a beautiful beach town on the coast of Mexico’s Yucatan that combines high luxury options with hints of a bohemian vibe. Here are 3 of the best all-inclusive resorts in Tulum that you should definitely look into.
Open Guide

For decades, travelers of all ages have been enchanted by one of Mexico’s most unique tourist locations, Tulum. The stone ruins of the ancient Mayan city sit perched over the Caribbean sea and are a mesmerizing combination of history and beauty.
Open Guide 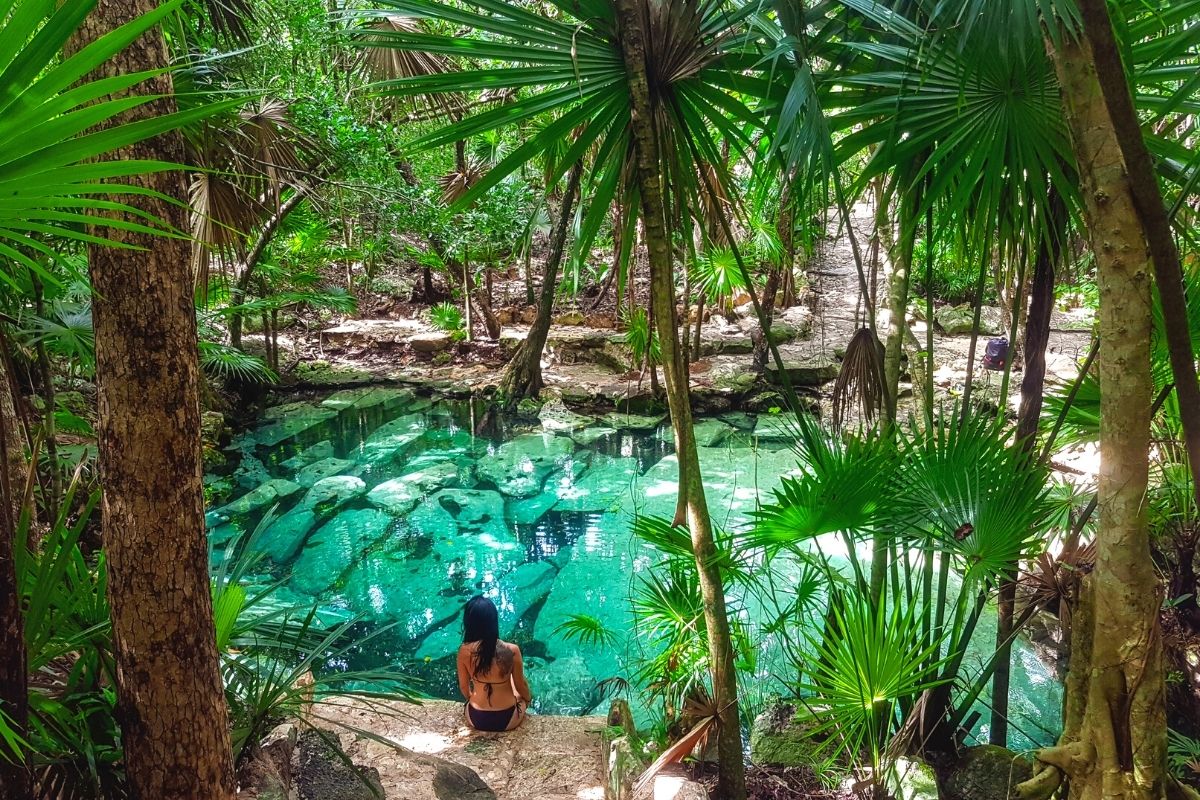 The Best Cenotes in Yucatan

There are thousands of cenotes in Mexico's Yucatan Peninsula. The cave-like structures filled will clear waters are a must-see when visiting the region. Swim, snorkel, or even scuba dive in the beautiful blue pools. Here are the BEST cenotes in the Yucatan.
Open Guide 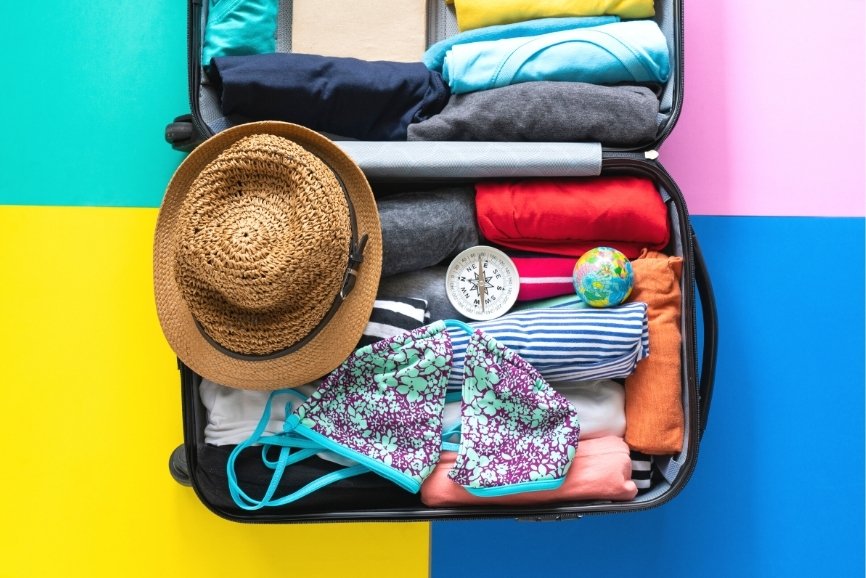 What To Pack For Your Mexico Vacation

The Mexican Caribbean is an enchanting wonderland of relaxation and adventure. Packing for such a vacation shouldn’t be hard, so we’ve put together a list to help you out and included some of our favorites as well. We hope you enjoy!
Open Guide 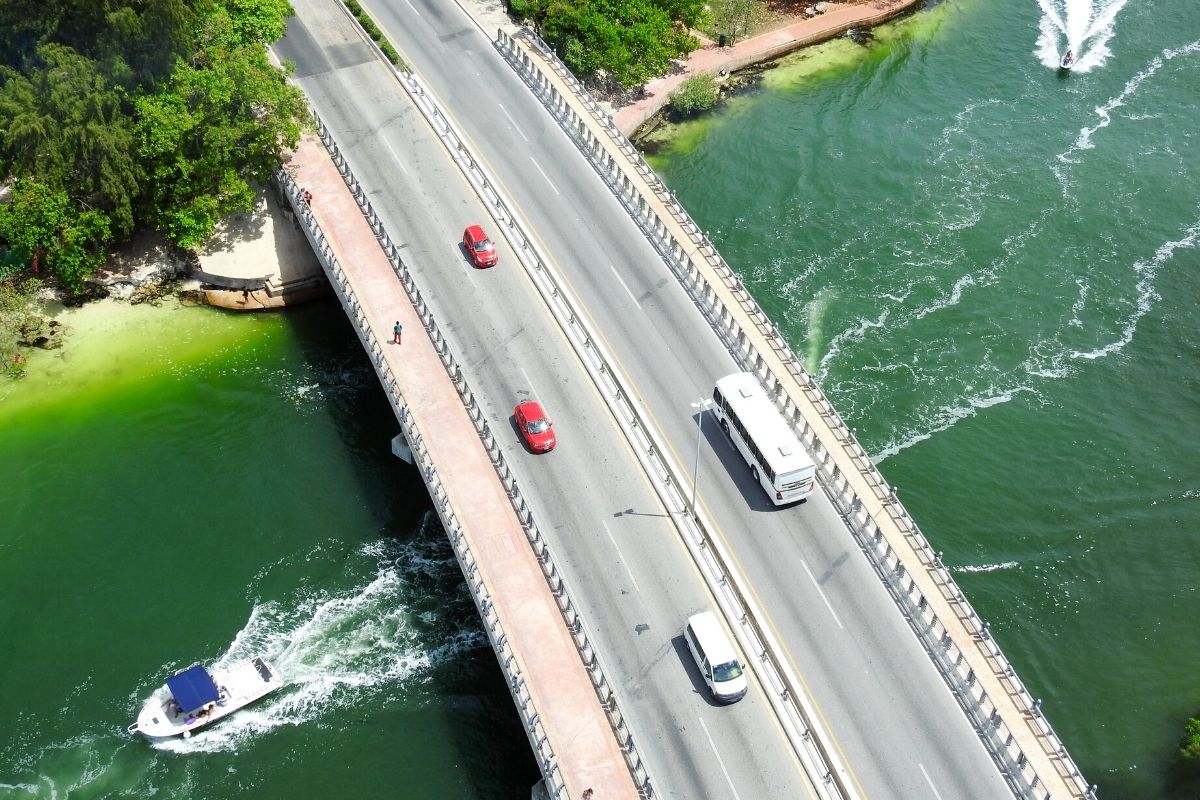 Getting Around The Yucatan

All the information you need to get around the Yucatan. Times, prices and location info. Information on the bus, rental cars, taxis, ferries and even colectivos! Cancun to Tulum, Playa del Carmen to Cozumel, Cancun to Holbox and Isla Mujeres,, and more!
Open Guide

Since 1989, Cancun has been considered one of the most dynamic cities in Mexico. Pillow soft sand, warm seas and dreams coming true keep patrons coming back year after year. From food to beaches to nightlife, here is our guide to the best of Cancun!
Open Guide

Playa Del Carmen is a jewel along Mexico's Riviera Maya. With its white-sand beaches, turquoise water, world-class amenities, nightlife, nearby Mayan cultural centers and offshore islands, there's a little something for everyone in "Playa".
Open Guide

The island of Cozumel holds a special place in our hearts. It’s a place where one can access all the modern amenities and STILL find numerous places to get away from it all! Here is some basic info to get you started and many of the best things to do in Cozumel.
Open Guide

Holbox (pronounced hol-bosh) is an island paradise located off the northern tip of Mexico's Yucatan Peninsula. With fantastic snorkeling, no cars and a laid-back vibe, Holbox is one of our personal favorites. Here is our guide to the best of Holbox!
Open Guide

Isla Mujeres is a beautiful small island off the coast of Mexico's Yucatan Peninsula. Often visited as pert of sailing expeditions from Cancun, Isla Mujeres has a lot to offer the island loving traveler. Here is our guide to the best of Isla Mujeres!
Open Guide